The hot blog for celebrity wedding style, top tips for the wedding of your dreams, speech ideas, budget busters & more.

Brendan Cox & Ciara O'Reilly tied the knot at St. Patricks Church in Cavan in March, then celebrated at the stunning Four Seasons Hotel in Monaghan.

How It All Started
We originally met when we were introduced by a mutual friend on St. Patricks day in 2007 and after swapping numbers we exchanged a few messages and the went on our first date the following weekend. That was it, we clicked straight away and we were living together within a year and continued to live together happily until I proposed in Autumn 2014.

The Proposal
We were in Albufeira in Portugal for a weeks holiday in August 2014. On the last night of the trip we were at dinner when Brendan suggested we take a walk to some sand-cliffs beside our accommodation to view the Super-moon over the sea. He claimed that he wanted to get a picture of it. We got to the top of the cliffs and Brendan got down on one knee and asked me to be his wife. I was shocked and started to laugh for about 30 seconds before he asked again and I said yes.

The Planning
We discussed dates almost immediately after the proposal, and we chose the date as it was around St. Patricks day (our anniversary). Ciara was great and took on all of the major items quite quickly. We had the church, the priest, the venue, the band and the photographer sorted within the first couple of months of the engagement. Then when things started getting closer we started building up a list of tasks in an excel spreadsheet and were marking them off as we went. We had a lot of ideas for things to make it somewhat personal and fortunately the hotel was very accommodating with any of our ideas. The Four Seasons Hotel Monaghan also had a great variety of choice little things like seat covers and room decorations which tied in nicely with our own invitations and table plan designs. 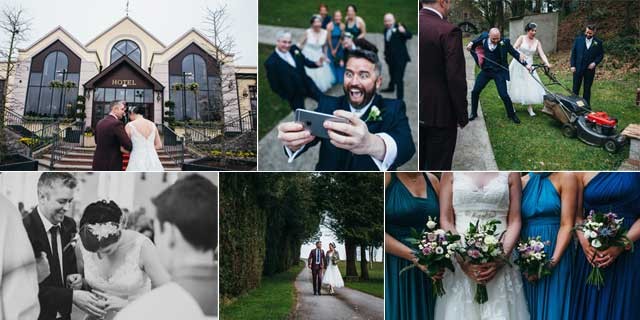 The Big Day
The day went pretty much all to plan, it didn't rain at all. The lead up to the ceremony went by so quickly but we both couldn't wait to get to the church. Ciaras sister Emma had decorated the church which looked wonderful. The ceremony was great and we remembered most of what we had to do from the rehearsal the night before. The photographer, Claire,(Gingerpixel) was absolutely brilliant and was so relaxing to work with which put us at ease and made for better photos. The hotel bent over backwards to ensure that everything went well on the day and the band (The Lewd Tunes) and dj (DJ Gerry) kept the dancefloor full for the night and into the early hours.

Top Tip for Brides to Be
1. Decide what your priorities for the day are eg: Do you want great photos, do you want the meal to be the highlight, is the band your main concern? etc etc, and that can then direct you when you are looking at a budget.

2. To have a more personal feel to your wedding, have family and friends take part in as many ways as you wish, eg we had Ciaras sister do the flowers, a cousin of Brendans did the cake and videographer, a friend sang in the church etc.

3. The day is gone before you know it so try and stop occasionally just to take it in. Enjoy the car trip after the church and any other time you get alone together and we strongly recommend taking 10-20 mins quiet time in the room to sit down and chill out for a bit.

4. Have a box of props near the dance floor, It was a great hit among the guests and the props that we had for it soon spread out amongst the guests adding to the sense of fun and a relaxed party feel that we really wanted the reception to be and it also left us with many hilarious photos of the night.

Moments We Won't Forget
Something which we look back on and laugh was that there was a power outage in Ciara's Home from just after the rehearsal until close to midnight on the night before the wedding. Having to boil a saucepan of water and then washing your hair over the bath in candle light was interesting to say the least.

Also, another funny thing that happened on the day. The priest (as is common) asked for everyone to turn off their phones or put them on silent. Half way through the ceremony a phone started ringing. Everyone in the congregation was mortified for the poor person who was going to be embarrassed when suddenly the priest, in the middle of a prayer, owned up that it was in fact his phone... at which point everyone in the church broke into laughter.

Share your wedding story with us. Email us at stories@loveweddings.com and We'll be in touch! 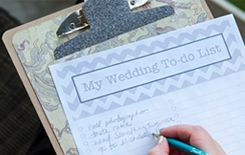